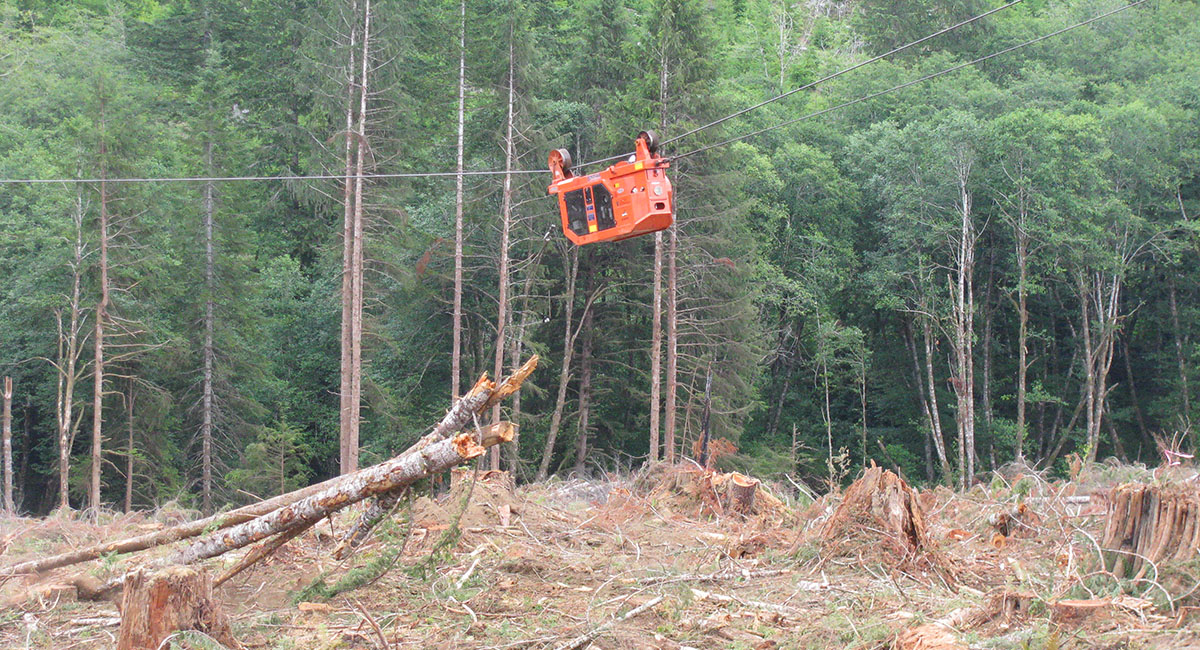 The Research Forests utilizes a number of different techniques to help control unwanted vegetation including invasive species. Fire, manual cutting, pulling, shade mats and chemicals are all used on the forests. Most of our vegetation control is done with the use of herbicides that are applied via helicopter as well as with a backpack sprayer. In higher recreational use areas, pulling weeds, burning, shade mats and backpack applications are preferred. In low recreational use areas, aerial herbicide applications are used to help control unwanted vegetation.

The Research Forests utilizes a technique called pre-commercial thinning (PCT) on our steep slopes to help space out conifer regeneration. By spacing out our conifer regeneration, those trees are able to continue to put on diameter growth as well as height growth making them less susceptible to damage from wind, ice and other natural disasters.

PCT is done manually with a small crew using chainsaws to cut dead, dying, diseased and unwanted future crop trees within a stand. As this is primarily done on steep slopes, it is not economically feasible to remove the cut trees from the stand. The trees that are cut are left within the stand to naturally rot and provide nutrients back to the soil.

The Research Forests actively manages and maintains over 14,000 acres of forested property covering nine different forest tracts. Yearly, the forests grow between 6.5-7 million board feet of lumber and yearly the forest staff harvests between 6.5-7 million board feet of timber. The annual allowable cut is accomplished through a number of different logging techniques including skyline clearcutting, skyline thinning, ground based clearcutting, ground based thinning, cut-to-length thinning and recently a cut-to-length clearcut. The Research Forests rely on skilled contractors with a multitude of different equipment to accomplish their goals. Harvest operations include: